Blog - Latest News
You are here: Home / Everything / Periapsis 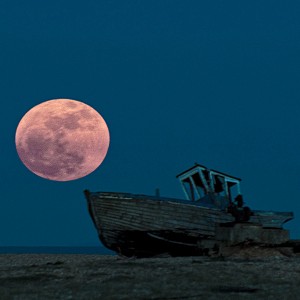 Saturday 19th March was the Periapsis of the Moon; its point of closest excursion to the Earth. Furthermore, it coincided with a full moon, and the closest periapsis for 18 years, all in all a rare and remarkable event. And as if that wasn’t enough, the weather was perfect, with clear skies for the moonrise at 6.18 pm. An event not to be missed, I headed off to Dungeness to catch the spectacle.

Arriving at 4.00 pm with plenty of time to spare, I played around with a few new angles and alignments of familiar themes, and waited for the sun to set, retiring to The Brittania for a while to warm up with a coffee or two.

Without any clouds in the sky, a traditional sunset was out of the question, so I experimented with some colour-banding abstraction.

No-one really knew what the moonrise would be like, and after the sun had set, people waited patiently in the cold for the big event. I opted (rather sensibly, I think) to wait in my car in the warm. This served another cunning purpose: from the road, I could shoot at 300mm towards the fishing boats, and select a suitable subject to bring close to the moon itself.

It did not dissappoint. At just before 6.20 pm a huge moon appeared above the horizon, and silhouetted figures with tripods – myself included – scuttled across the shingle to find that perfect angle. I kept shooting through the initial part of the moonrise, until the huge cherry moon, further magnified by the atmosphere, shrunk and paled into its more familiar form. 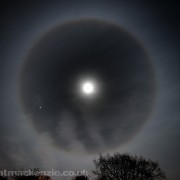 A Trip to London
Scroll to top