Blog - Latest News
You are here: Home / Everything / F-Numbers!

Some technical information on f-numbers, and why the numbers themselves are as they are – for the interested, though not neccessarily the fainthearted!

F-numbers indicate the size of a camera’s lens aperture – the size of the hole through which light passes. Photographers control lens aperture to obtain the correct exposure, and for creative effect. Each successive larger f-number represents an aperture HALF THE SIZE of the previous one. But have you ever wondered why these numbers have such strange values: f/1, f/1.4, f/2, f/2.8, f/4, f/5.6, f/8, f/11, f/16, f/22, etc?

F-numbers are actually ratios; an f-number being ‘aperture size relative to focal length’. This is because longer focal length lenses need larger holes to let the same amount of light through (and is why long, fast lenses are very expensive!) To obtain the f-number of a lens we divide its focal length by its aperture diameter (strictly, the diameter of the entrance pupil). Hence, as we reduce aperture size, the f-number gets larger.

So, why those particular numbers? Because (and recalling that each successive f-number represents a hole half the size of the previous one) to halve the area of a hole, one has to DIVIDE its diameter by the square root of 2 (trust me on the maths!) Hence, each successive f-number is the previous one MULTIPLED by root-2. So, starting at f/1, if multiply 1 by root-2 we get 1.4, and if we multiply 1.4 by root-2 we get – you guessed it – 2, and again we get 2.8, etc.

And have you noticed that every second f-number is twice the previous one, e.g. f/1, f/2, f/4, f/8, f/16? This is easy to explain now, as multiplying by root-2 twice is the same as simply multiplying by two! 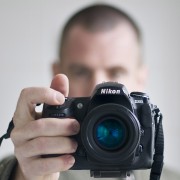 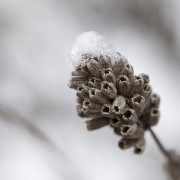 Depth of Field
Scroll to top